Two months to apply for €1 billion in rural fund 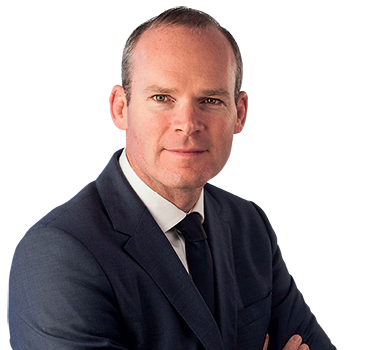 The objective of the Rural Regeneration and Development fund is to support collaborative and integrated projects between Government departments, State agencies, local authorities, other public bodies, communities and, where appropriate, philanthropic funders and/or the private sector.

The fund, under the remit of Minister for Rural and Community Development, Michael Ring, will be open to local authorities, local development companies, State agencies, other Government departments, philanthropic funders, the private sector and communities.  The lead partner must be a State-funded body.

The closing date for the receipt of proposals is 27th September 2018 and it is anticipated that successful projects will be announced in late October/early November.

Full details of the Rural Regeneration and Development Fund, along with the application form, are available on the Department of Rural and Community Development website, at www.drcd.gov.ie.

Tánaiste Coveney is encouraging local authorities and communities to submit proposals for funding.

“The new Rural Regeneration and Development Fund will invest €1 billion of exchequer funding over the next 10 years. The fund provides an unprecedented opportunity for us to make a significant impact which will transform our rural communities for the better.

“The overarching aim of the new funding is to have an impact on sustainable economic and social development in rural areas.

“It is essential that the Councils and community organisations here in Cork make submissions for funding. This will be a competitive process open to public bodies and locally based organisations.

“The type of projects it will support will include:

“The Fund will target towns with a population of less than 10,000 people, as well as villages and outlying rural areas.

“In general, the fund will provide up to 75% of the total value of a project.  A maximum of 80% of funding will be considered where community contributions form a significant element of the match-funding,” said Tánaiste Coveney.

Minister Michael Ring said: ““The Rural Regeneration and Development Fund represents an unprecedented opportunity to strengthen the fabric of rural Ireland and make a significant and sustainable positive impact on rural communities.

“The scale of the Fund shows that this Government understands the need for proper investment in rural areas and that it is committed to supporting rural Ireland.  For those who live in rural parts of Ireland, the new Fund being announced today provides an opportunity to make a real difference to their quality of life, to their connectivity and to their future.

“The Rural Regeneration and Development Fund will be a key instrument to support the objectives of Project Ireland 2040, and, in particular, to achieving strengthened rural economies and communities.”

The overall objective of this Fund is to deliver the strategic outcomes of Project Ireland 2040, and in particular to strengthen rural economies rural communities by rejuvenating smaller towns and villages, helping to diversify employment opportunities in rural areas, supporting the development of rural communities and improving their quality of life.  The Fund will target towns with a population of less than 10,000 people, as well as villages and outlying rural areas.

Detailed criteria are now being developed for the first call for proposals which will be announced in the coming weeks. The Fund will encourage collaborative approaches between Departments, agencies, Local Authorities and other public bodies, and the private sector, where appropriate, to pool their assets and work with communities to transform our rural towns and villages and their outlying areas.  Proposals will be expected to be consistent with the National Planning Framework objectives and provide a strategic integrated approach which is consistent with regional and local plans for the area.

Projects must demonstrate a capacity to add value to other public investments. There will be a requirement for a co-funding contribution from other public or private sources – expected to be of the order of 25%.  The first phase will also allow for technical supports for preparatory groundwork for future phase investments, through Local Authorities and other locally based organisations.