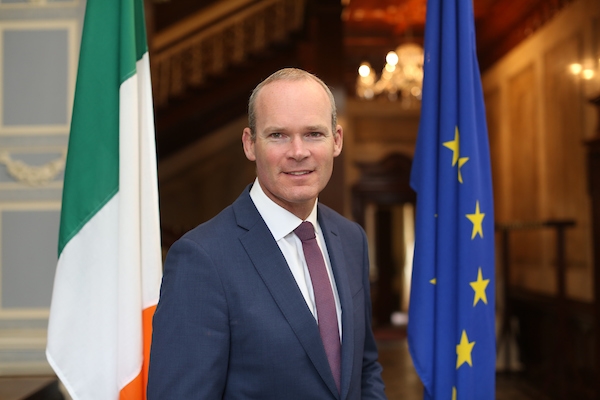 Tánaiste and Minister for Foreign Affairs and Trade, Simon Coveney T.D., has announced additional humanitarian funding of €250,000 for the UN Agency for Palestine Refugees (UNRWA). This additional funding will support the Agency in delivering urgently needed food, shelter, education and social services for 1.3 million Palestine refugees in Gaza.

Ireland has been a longstanding supporter of the vital work undertaken by UNRWA with and on behalf of some 5.3 million Palestine refugees across the Middle East region, including in Jordan, Syria, Lebanon and Gaza and the West Bank. Today’s pledge brings Ireland’s total overall contribution to UNRWA so far in 2018 to €6 million, up from €5.5 million last year.

Speaking on the announcement of this new funding, the Tánaiste said:

“During my visit to Gaza earlier this year, I saw first-hand the challenges on the ground for UNRWA and the essential work carried out by the Agency in delivering core services, especially in education and health, to the 1.3 million Palestinian refugees in the Strip. Recent months have demonstrated the vulnerability of Palestinian refugees across the region, especially in Gaza, where UNRWA schools are a bright spot for young people, enabling them to learn and develop despite their difficult circumstances. ”

“It is clear that humanitarian needs in Gaza are critical and that all key services are under severe strain. The UN Secretary General’s recent appeal has spoken to my own profound concerns about the dire humanitarian situation in Gaza, and I am glad to be able to announce that Ireland is providing an additional €250,000 in humanitarian funding to meet the shortfall in UNRWA’s funding for 2018.”

“UNRWA’s work is essential to maintaining the hope, rights and dignity of Palestinian refugees. The long term prosperity and wellbeing of the Palestinian people will, however, depend on successful political negotiations, and I am personally committed to ensuring that Ireland actively supports the search for a lasting and peaceful political solution.”