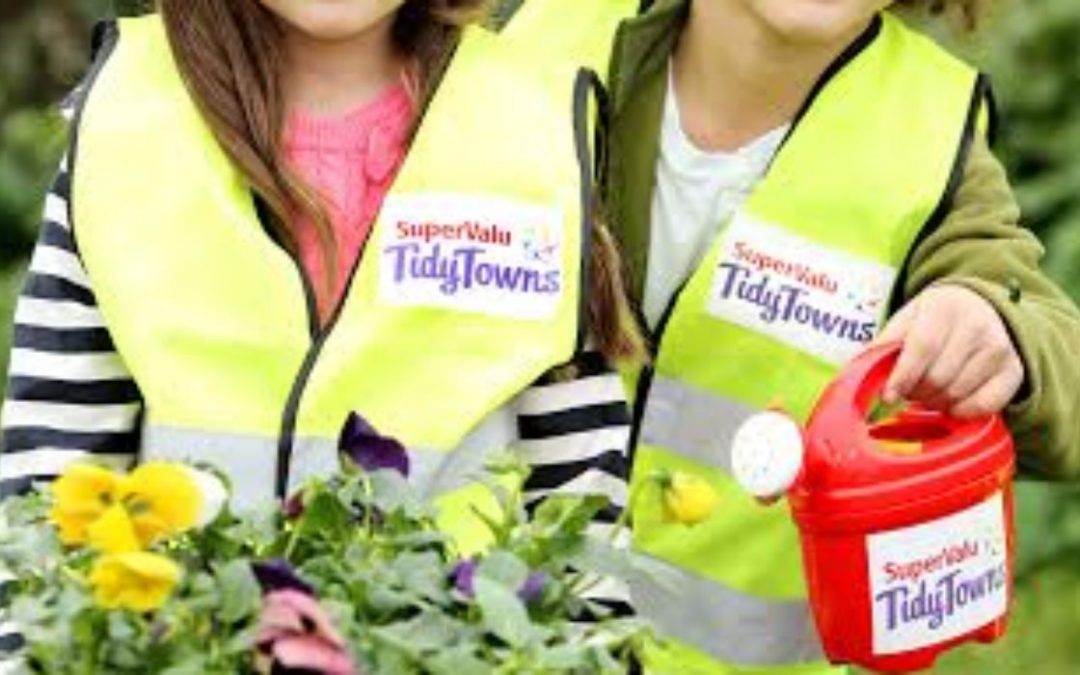 The Minister for Rural and Community Development, Michael Ring TD, and the Managing Director of SuperValu, Martin Kelleher, today (Wednesday) officially launched the 2018 SuperValu TidyTowns competition in the TidyTowns Grove in the Phoenix Park, Dublin. Now in its 60th year, the competition is administered by the Department of Rural and Community Development and sponsored by SuperValu. Over the lifetime of the SuperValu TidyTowns competition, generations of TidyTowns people up and down the country have worked to improve the appearance of their locality and make their town, village or area more attractive for residents and visitors alike.

“Volunteers are the backbone of the SuperValu TidyTowns competition and their efforts have been instrumental not just in improving their local areas but in creating a strong sense of community identity and pride. This is something you cannot put a price on.”

Minister Ring also said: “In recognition of the hard work and dedication of the volunteers who have worked tirelessly over the past 60 years, I provided a once-off grant scheme of between €1,000 and €4,000 for TidyTowns committees last November. Over €1.3 million was provided to 900 TidyTowns Committees to spend on improving their communities and I have no doubt that this investment had a significant positive impact on communities throughout the country.

Also speaking at the launch today, Martin Kelleher, Managing Director of SuperValu, said: “SuperValu is delighted to continue our long running partnership with TidyTowns to help make the communities we live in even better and to recognise the efforts of thousands of volunteers across the country who put in countless hours every week. This year, as we celebrate SuperValu TidyTowns’ 60th anniversary, we encourage people from towns and villages all over the country to get involved in the competition and make a difference in your communities.

“As Ireland’s leading independent grocery retailer, with our stores owned by entrepreneurs from the local community, we understand the importance of improving the quality of life in the towns and villages that our retailers work and live in. We are committed to supporting the competition and our SuperValu stores contribute €1 million annually to TidyTowns committees across Ireland.”

Minister Ring continued: “I am extremely proud of my Department’s role in this competition and I would like to thank SuperValu for their continuing efforts to maintain its success. In the 27 years that they have been the main sponsors, they have helped to grow the competition by getting involved locally through their nationwide network of retailers.

In addition to the main competition, there are 13 Special Award categories that can be entered. Welcoming these awards, Minister Ring said: “I would like to thank all the sponsors of the special awards for their support over the years.  A number of the sponsors have been loyal to TidyTowns for some years now and their appetite for the awards is still as strong as ever.  These awards add to the SuperValu TidyTowns competition and I would like to encourage participants in the main competition to consider entering some of the other award categories as well.”

As the competition celebrates 60 years, volunteers across Ireland can get involved or set up a TidyTowns Committee. All information can be found at: www.supervalu.ie/real-people/sponsorship/tidytowns/how-to-get-involved

The closing date for receipt of entries for this year’s competition is 23 May 2018. Entry forms to the SuperValu TidyTowns competition can be obtained from the TidyTowns Unit in the Department of Rural and Community Development (phone: 076 100 6912) or by visitingwww.tidytowns.ie or www.supervalu.ie.